When the Camera Stopped Rolling

A cinematographer tells the story of her trailblazing filmmaker mother, their legacy and their relationship using their deep archive of stunning imagery.

Lilias Fraser: a pioneer of Australian cinema who overcame huge personal challenges to make over forty films in her lifetime. Her youngest daughter, cinematographer Jane Castle ACS, tells her mother’s story and that of their relationship using the rich textures of an unseen part of Australia’s cinematic history and her own highly personal cinematography. Tenacious, enthusiastic and ambitious, Lilias overcame huge systemic and personal obstacles in her lifetime. Like many pioneers, however, early childhood trauma drove her, and her life began to unravel over time. Becoming trapped in a destructive marriage then struggling with alcohol and single motherhood, Lilias’s trademark determination finally met its limits. When the Camera Stopped Rolling documents both this trailblazing mother-daughter filmmaking team and the intergenerational trauma that was its shadow. Balancing meticulous archival research with searing honesty and set against stunning visuals, Jane interweaves their struggles and triumphs with clarity and compassion.

My film is a dual-journey narrative in which I tell the story of my trailblazing filmmaker mother and of my own journey as a cinematographer across six decades of photography and filmmaking. It is also the story of intergenerational trauma and how it disrupted our connection. As a recovering cinematographer I was determined to prioritise story over cinematographic beauty and the result is a fusion of a compelling story with poetic metaphor. This hybrid form has allowed me to obliquely explore a range of core issues such as motherhood, trauma, addiction and healing. My raw, honest first-person narration allows audiences to relate and resonate with these issues very deeply. The power of the image to either hide the truth or reveal it becomes a virtual third character in the film, and filmmaking itself ultimately becomes the space within which my mother and I are able meet. My inspirations include Chris Marker’s landmark Sunless, Sarah Polley’s Stories We Tell and the powerful I Am Not Your Negro by Raoul Peck. Above my desk sits a picture of James Baldwin, whose honesty, insight and precision I have constantly been challenged to match.

Making documentaries is my passion! I’ve been directing and/or producing now for 47 years. I love the power of documentaries to tell stories that can move people, provoke, inspire, or stimulate them into action. As a producer, I work closely with directors, I need to love their idea, have a feel for their vision and get along well. It’s a creative and constructive contribution to projects that can take 2, 3, 5 years, or even longer, as it has been for this film! I came to know Lilias Fraser in the late 1970s, when she secured a job at the Sydney Filmmakers Co-op.  She was amazing – energetic, fun and was always eager to help. In the late 80s I got to know her daughter Jane when she was a student at the Australian Film, Television and Radio School, and later we sometimes worked on the same films. Jane was quiet, intelligent, determined and talented. When Jane approached me about producing a film she wanted to make about death, I was curious. The film evolved over a long time, getting better and better, becoming the beautiful, moving, engaging and thought-provoking film we can’t wait to share.

In 1957 Lilias Fraser was one of the trailblazing Australian women to singlehandedly shoot her own movie, The Beach. Soon after, she travelled to Paris at the height of the French New Wave and became the first Australian to study at the National Film School of France (IDHEC). After working on films by Paul Paviot and Le Groupe des Trente she returned to Australia to launch her directing career with her husband as ‘front-man’. While Lilias honed her skills on nation-building industrial documentaries of the 1960s, her politics lay elsewhere and, in 1970, she made one of Australia’s first land rights films, This is Their Land.

Despite her success as a filmmaker, the violent and debt-ridden marriage she became trapped in finally caused Lilias’s career to spiral down and exacerbated her struggle with alcoholism. By the late 1970s, at the nadir of her personal and professional life, she started from scratch, finding sobriety and discovering – and being discovered by – the nascent community of feminist filmmakers. This was Lilias’s awakening. It catapulted her into a new phase of personal and political filmmaking, starting with Women of the Iron Frontier, a feminist reframing of her vast catalogue of mining films. 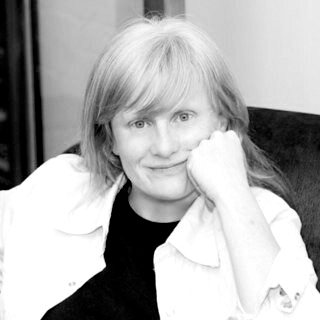 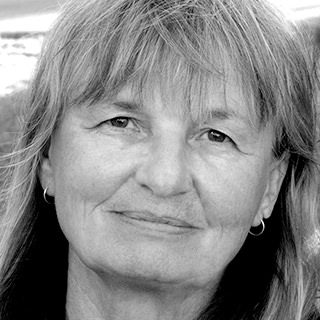 When the camera stopped rolling is produced by Freckled Duck Films with Bower Bird Films.

Funded by production investment from Screen Australia, assistance of Screen NSW and donations made through the Documentary Australia Foundation.

© 2021 When the Camera Stopped Rolling. All Rights Reserved