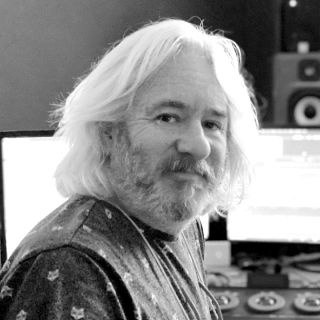 Roen Davis has worked in post-production for more than a few decades on a large number and broad variety of projects. His latest films include – Rosemary’s Way [2020]], Richard Leplastrier – Framing the View [2020], Wandering Souls [2019], The Namatjira Project [2017].  When the Camera Stopped Rolling, [2021] is one of the most compelling. I had both immense fun and immense challenge working through the restoration of stills and film, the colour grading and animation. Working with Jane, Pat, Ray Thomas and Sam Petty has been one of the most rewarding team work experiences of my career. It has been extraordinary to see the accolades the film has received even before completion. I knew the film had a great future when I saw the first edit development screening.