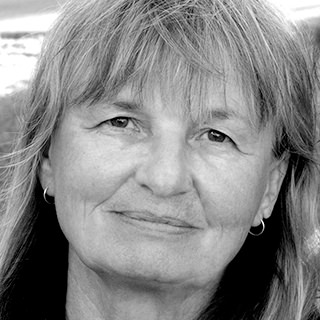 Making documentaries is my passion! I’ve been directing and/or producing now for 47 years. I love the power of documentaries to tell stories that can move people, provoke, inspire, or stimulate them into action. As a producer, I work closely with directors, I need to love their idea, have a feel for their vision and get along well. It’s a creative and constructive contribution to projects that can take 2, 3, 5 years, or even longer, as it has been for this film! I came to know Lilias Fraser in the late 1970s, when she secured a job at the Sydney Filmmakers Co-op.  She was amazing – energetic, fun and was always eager to help. In the late 80s I got to know her daughter Jane when she was a student at the Australian Film, Television and Radio School, and later we sometimes worked on the same films. Jane was quiet, intelligent, determined and talented. When Jane approached me about producing a film she wanted to make about death, I was curious. The film evolved over a long time, getting better and better, becoming the beautiful, moving, engaging and thought-provoking film we can’t wait to share.

Pat Fiske has been producing and directing documentary films since the early 1970s and has been a prominent member of Australia’s independent filmmaking community. Her films have won many awards and screened in countless film festivals around the world. In 2001, she was awarded the prestigious Stanley Hawes Award for her outstanding contribution to the documentary industry in Australia. In the 1970s and 80s, Pat Fiske was on the boards of Filmnews and the Australian Screen Director’s Association (ASDA, now Australian Directors’ Guild – ADG). Since the early 1990s, she has been on the Advisory Panel for the Sydney Film Festival. From the late 1990s, Pat has mentored many emerging filmmakers by either producing or consulting on their projects or helping them through challenges. In 2001-2002 she was the Documentary Consultant at SBS Independent for 18 months. Pat was Co-Head of the Documentary Department at the Australian Film, Television and Radio School (AFTRS) from 2002 to 2008. Through the Documentary Department, Pat helped initiate OzDox, the Australian Documentary Forum, which provides a monthly forum for documentary culture and has been successfully operating since 2003. OzDox is managed by a committee of filmmakers and supported by ADG and AFTRS. From 2007 to 2010 Pat worked part-time as a curator for Australian Screen Online.